Steinbeis Donau Zentrum at the Start Ups Event in the Danube Region
The Institute for Danube Region and Central Europe has organised an interactive event called “Start me up! Start time in the Danube Region?” on the 30th of March, 2017, in the Vienna Ballhaus. Young leaders and founders of start-ups exchanged their experience in founding and overcoming the faces of development of start ups. The outcome underlines 3 notions: young, smart, innovative – as a founding scene in the CEE region, where highly educated people can develop their entrepreneurial skills in founding new start ups. What counts are the spirit, courage and visions – and of course an political and economic environment that provides just the right support to bring groundbreaking innovations to the market and to keep the domestic industry competitive.
As Steinbeis, a defining feature of us, is its entrepreneurial approach to longstanding know-how and technology transfer. Our nearly 1,100 transfer enterprises are central to the Steinbeis model. These have delegated responsibility for their organization but operate under a central framework under the overall Steinbeis umbrella. They benefit from assumption of third-party liability for their projects, the powerful Steinbeis brand which has developed over the course of many years, and the advantages of a central framework which paves the way for them to focus on actual project work, with the central aim of efficient collaboration between science and academia on the one hand, and business and individual companies on the other. This is a type of successful start up since 1971.
By the way, the Institute for the Danube Region and Central Europe (IDM) addresses current questions regarding the Danube region, Central and Southeast Europe to enhance knowledge about the region and promote good neighbourly relations.
IDM is carrying out and promoting research on current topics from the Danube region, CEE and SEE. The IDM series of publications provides regular information on the region.
Additionaly, was issued a special edition of IDM magazine on the issue of start ups in the DR.
Online version of the magazine.

Challenges are identified. “Name your mountains” was the title of an workshop about framework conditions for innovation in Alpine Region. In Milan, March 21st/22nd participants from 7 countries  meet to discuss needs for actions.  Funding opportunities are given by Interreg for Alpine Space. Jürgen Raizner is for 2 days in Milan and contributs to the event with experiences in designing and implementing marcro-regional projects. Technology Transfer according the Steinbeis Model is a powerful tool to foster innovation in Alpine Space.

“About 250 private and public institutions representatives came together for two days of inspiring keynotes, lively workshops, and sessions showcasing the programme and project activities. The forum featured latest developments with regard to the EU Strategy for the Alpine Region (EUSALP), synergy and ways of combining funding sources to reach the common objectives for the Alps.”      More 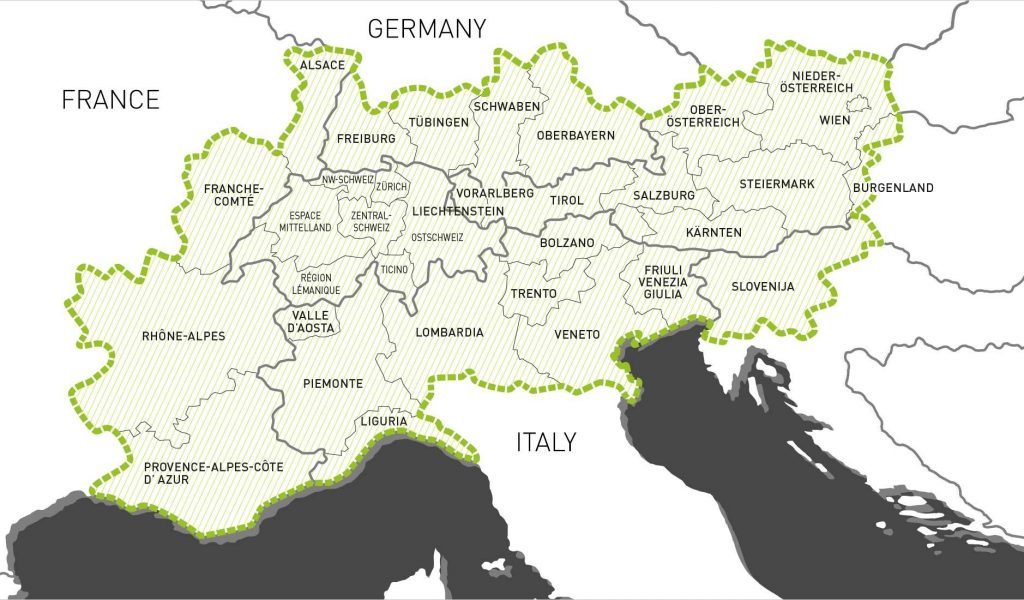